A country still little known , a name still obscure to most but so rich in history, customs and tradition : Oman. Bordering Yemen, the United Arab Emirates and Saudi Arabia and wet from the Arabian Sea. A country has always been a crossroads of trade and culture. Crucial passage to the Indies and great place to find palm trees, exotic fruits, incense and many other resources. As we enter Oman we have the feeling of living in the past with the difference of modernity that characterizes the present day. Open to dialogue, respectful of others and curious to share experiences with the stranger, the Omani, linked to its disdasha, (as it is usually called the white gown worn by almost all local) likes to face the stranger every day, so that local companies take many British, German, Italian or Indian. The melting pot that is breathed in Muscat, the capital of the country, is amazing and the elegance of Omani women, wrapped in their luxurious black abbaya, embellished with lace of all kinds, gives the country a unique and incomparable charm. 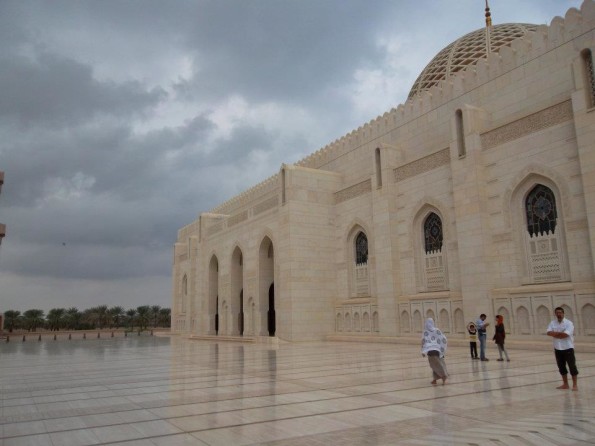 The Pearl of the Gulf, as it is called Muscat, is a gem with white and low houses, completely different from the skyscrapers of Dubai, which, impressive, give the city just a modern look, the opposite of Muscat. Oman is rich in history: it is easy to come across some Arab forts if you are into the hinterland (Nizwa, Bahla, Nakhal and many others) and Portuguese forts along the coast, the eighteenth century ancient ramparts, who controlled external attacks which were aimed at trade routes, the only one of interest to the Portuguese, regardless of the wealth of the country. To get an idea, Oman ‘s surface is about like the Italian one, 309,501 km, but the total population is around 3,000,000 people as in the city of Rome.
It ‘ an incredible country with a natural and incomparable wealth: in a week-long trip you can have a slice of the country visiting the capital city and its impressive mosque, the Sultan’s gift to his country at the end of the nineties, the highest mountain of Oman, Jebel Shams (3000 square meters), the beautiful ancient villages of al-Hamra and Misfat al-Abreen, the first one made of mud and clay and the second one dotted with cottages set in the rock; drive for miles in the Wahiba desert in a jeep well equipped to spend the night in a tented camp, lit by the twinkling of the stars and finally enjoy the spectacle of the hatching of turtle eggs, if you are lucky, in the city of Sur, a lovely jewel south of the capital, once one of the most flourishing city in the country. Oman is a safe country well governed by a Sultan who in the 70s of the last century has completely changed the country, giving prosperity, roads, hospitals, schools, wells and much more.

If you are very lucky, during the journey, stopping near a wadi, a dried up river bed during the time, you can encounter in the celebration of a wedding, which can often occur between a woman and a man belonging to different villages, being present at the meeting of the khalifa, so called village chiefs, at traditional and beautiful dances and ritual songs, that capture the attention of all the tourists who have the wisdom to approach taking pictures only after asking permission to the concerned. 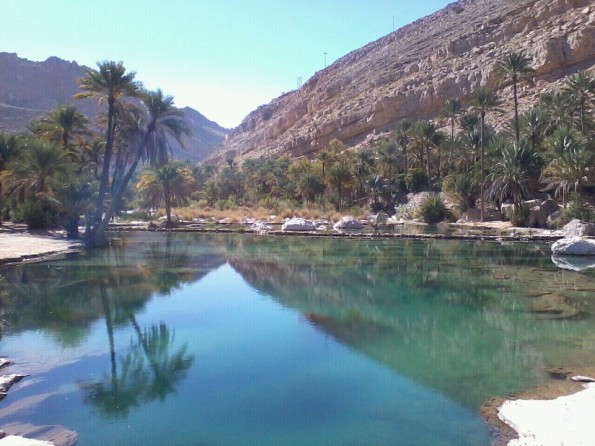 A journey to discover the pearl of the Gulf should be in all travel programs.

0 comments on “Oman: a travel through the past, the present and the future”Add yours →