“No child should ever use a work tool, the only work tools that a child should use are pens and pencils”. This is the resounding message with which Iqbal Masih addressed the ONU, the organization that spread across the world in the 1990’s. Iqbal became their spokesperson for children’s rights, fighting as an activist against child labor.
In the spirit of The International Child Rights Day – 20th of November, we honor this small, but great hero, born in 1983 in a village of Pakistan. His family, struggling with poverty, traded him to a carpet manufacturer in order to settle a small debt.

Iqbal’s story, though harrowing, was unfortunately all too common. In grueling conditions, he worked with other children, being treated like slaves. One day, Iqbal managed to escape from the nightmare that forced him to work 12 hours a day, becoming an activist in the fight against child labor. In 1995, before Iqbal Masih’s thirteenth birthday, he was found dead. The circumstances remain unclear, with some alleging the involvement of the carpet mafia. A symbol of the fight against grave injustices towards children was silenced, but not before the closure of many carpet factories. Iqbal boldly made the choice to stand up against unjust practices and paid the ultimate price for it, but his legacy is one that set many other victims and potential victims free.The fight against child labor is an ongoing one, with the hope of curbing juvenile mistreatment through activism and hearing what the quieter voices have to say. 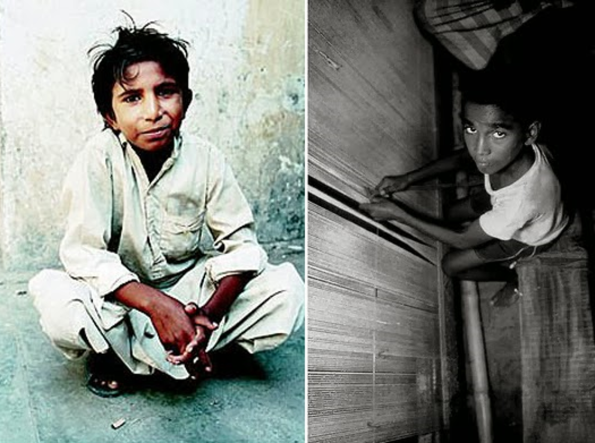 On November 19th, a film inspired by Iqbal Masih will be released in theaters/cinemas – an animated film by the name of Fearless Child. The objective of the film is to create a strong social theme that shines a light on the dramatic reality of many children. It is a message to the world that a loving, carefree childhood is only a dream for these enslaved souls.

Franco Serra, the producer of the film, adds: The story takes place in an invented metropolis, built along the waterfront of any poor place in the world. The choice to set the film in an imaginary Third World, one without national or religious characterizations, confirms the intent of the authors to represent a universal story in which viewers from different cultures can identify themselves and feel a heightened sense of immersion.”

0 comments on “Iqbal Masih: A brave child, a symbol of the fight against child labor”Add yours →